The Achilles tendon gets its name from the ancient Greek mythological figure Achilles whose mother, the goddess Thetis, dipped him into the river Styx to protect him from harm after she received a prophecy of his death. She held him by the heel as she did this, leaving it out of the river, making it the only vulnerable part of his body. As the story goes, Achilles died from an arrow shot into his heel by Paris of Troy during the Trojan War. Fortunately, it is not likely that you will be shot in the heel with an arrow any time soon. However, if you happen to be a recreational athlete or weekend warrior you may be at risk for Achilles tendon injuries, which can still disrupt your autumn plans. Having gone through an Achilles tendon rupture myself, I’ve experienced first-hand how impactful these injuries can be. Most people’s stories mirror my own.  A recreational athlete participating in a sport or activity, suddenly hears an audible and unmistakable “pop” accompanied by the sensation that something just knocked into your heel, and then falling to the ground.

The Achilles tendon is the largest and strongest tendon in the human body. Connecting the calf muscles to the heel, your Achilles tendon is what allows you to push off the ball of your foot when engaged in physical activity. It is a thick, elastic, and fibrous band of tissue that is able to withstand great force. The immense and repetitive force that it is subject to during athletic activity also makes it vulnerable to injury. With repetitive stress and overuse, the Achilles can undergo micro tearing of the fibers which leads to structural changes including thickening and hardening of the tendon. This weakens the tendon and makes it less elastic causing irritating pain and inflammation known as tendonitis.

Common factors that place someone at risk for Achilles tendon injuries are:

Patients with Achilles tendonitis often present to the clinic describing achiness or soreness above the heel after physical activity. They also often describe feeling a lump or hardening of the tendon above the heel. Treatment for Achilles tendonitis can include; rest, icing, physical therapy, heel lifts, accommodative shoes and inserts, and immobilization in a cast or boot just to name a few.

Achilles tendon tears or ruptures occur less frequently than Achilles tendonitis but are far more serious injuries. An Achilles rupture occurs when the tendon fibers are stretched beyond their ability, and this is usually when pushing off on your foot with force. Sports in which these injuries occur most often are basketball, tennis, football, and soccer.  Achilles tendon ruptures are usually preceded by symptoms of tendonitis. Occasionally, an Achilles tendon can rupture or tear without any warning signs or symptoms. If a tendon is believed to be torn either partially or completely during a clinical examination, often advanced imaging such as MRI or ultrasound are used to evaluate the extent of the injury and to aid in developing a treatment plan.

In general, surgical repair has lower re-rupture rates and preferable outcomes in terms of restoration of strength and function and a speedier return to normal activities. Surgery does however have an increase in minor complications such as infection or problems with wound healing. Both surgical and non-surgical treatments should always be followed by physical therapy.

We may not have to worry about being shot in the heel with an arrow like Achilles, but Achilles tendon injuries can cause big problems! If you are experiencing issues with your feet or ankles, come by and see us at Foot and Ankle Associates of North Texas – we will take care of you!

This article was featured on Southlake Style! 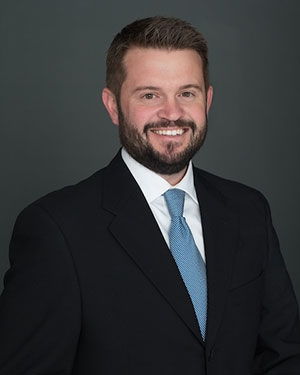